Shopping Cart
Your Cart is Empty
Quantity:
Subtotal
Taxes
Shipping
Total
There was an error with PayPalClick here to try again

Thank you for your business!You should be receiving an order confirmation from Paypal shortly.Exit Shopping Cart

Beautiful Klue Hair Studio, located at 2365 Spring Road, Suite 115, Atlanta, GA 30080, presents Project Kare, a kollective arrangement of relationships with exceptional expectations. In an effort to give back while paying it forward, Keisha Bogan, the owner and master stylist, created this mission based upon the philosophical purpose supported by her experience.

Her story began in August 2005 while in New Orleans, LA, as confirmation of her pregnancy came only three days prior to Hurricane Katrina. At exactly 8wks, packing up to leave was internalized as a temporary disruption of normalcy based upon precaution; therefore the reality of the aftermath brought about anxiety induced fear. The news reported frustration amongst those who survived and numerous fatalities due to deplorable conditions as she sat safely many miles away wondering how to handle the influx of building emotion. In November, a little over 3 months of trying to regain control, the onset of uncertain stability magnified when she went into pre-term labor two days after Thanksgiving. As an evacuee now living in Starkville, MS, the Oktibbeah County Medical center was not equipped to handle such an emergency; therefore, time was of the essence as déjà vu replayed a painful recollection involving a miscarriage of twin boys in October 2004. Upon discharge the following morning, while weighing the risks involved in seeking proper medical attention, she knew the outcome could go either way at 22weeks gestation. Four days in the hospital while tests were being performed to determine the likelihood of viability in the event of delivery, doctors concluded that bed rest was the only alternative in hopes of reaching 24weeks gestation due to insurance guidelines and hospital admittance protocol. Shaken and visibly disturbed by their suggestion, unnerving fear overwhelmed her as she began to voice her concerns through the tears. As fate would have it, an option became available that helped to ease her thoughts. Instead of going back to Starkville, a dear friend’s mother, who lived within 15 miles of the hospital, gladly intervened and invited her into her home as a daughter of her own. On bed rest with strict instructions and limited mobility, each day was a milestone. Prayer and journal writing allowed her to stay focused through such a challenging time that could change without notice. The day came, 24wks, and she rejoiced knowing the chances of survival were more prominent based upon research studies. Although at home bed rest was a challenge, the journey had just begun. Intravenous fluids were administered around the clock while being changed every three days (removing the old one and reinserting a new one in an unused vein), as well as, steroid injections to strengthen the babies lungs. On the eve of Christmas, for the first time since being admitted, the room was clear of visitors. Everyone was taking a break in preparation of returning the following day to spread the love with her during a time of sharing as she was confined to the hospital. As the night began to settle, the attending doctor assigned to her, Keisha requested an official sonogram to confirm the sex of the baby. Obliged by the request, the doctor promised to come back at the end of her shift and give me an early Christmas gift. “It‘s definitely a girl,” she said as she gave the news and left with a smile. At 3:01 am, Amyah Kelyse Bogan was born weighing in at 2lbs1oz as she was whisked away to the prenatal intensive care unit.

Still trying to recover from the side effects of the diminishing epidural and labor, her first uttered words to the doctor were, “How is Amyah?“ before drifting off. As she woke, her focus began to shift realizing that leaving her daughter was not an option. Although she felt bombarded with countless workers in various departments all trying to cover their area of expertise, she requested to stay at the Ronald McDonald house if availability permitted. She later stated that if she had to sleep in the waiting area and wash up in the nearby restroom daily, the sacrifice would be well worth it. Fortunately, in a matter of two days, a room became available; therefore, the transition between discharge from the hospital and moving into the house went smoothly.

“The experience while staying at the Ronald McDonald house was life altering. The range of emotion changed daily but the security of knowing you had caring people to be there in your time of need meant the world. The support system built amongst the tenants of the house formed a coalition without regard to race, ethnicity or color. We were all mothers there for one reason so the unity amongst the parallels of our stories were warranted as courageous testimonies. As we shared trials and triumphs during our stay, I vowed that when my day came to leave the house with my daughter in tow, I would some day return with her in an effort to leaving our little piece of fabric necessary to stitch a quilt. Many volunteers donated their time, recipes, words of encouragement, warm smiles, comforting hugs and empathy without reservation so now it’s my time to do the same. Under the umbrella of my salon, this will be one of many ventures we will embark on and I look forward to doing more in time. I would like to thank everyone for their participation realizing that this is not about Beautiful Klue or me but community service geared towards paying it forward. On behalf of my clients, family, friends and those who felt the desire to donate in some way, I say, “thank you ever so graciously for supporting such a great kause.”

We are planning to provide lunch for all the residents in the house, as well as, give kare boxes to each individual as a small token of our loving support as they kare for their premature child or children in the neonatal intensive care unit of University Medical Center. Having had a firsthand experience, the komfort of knowing people kared unbiasly magnified the feeling of kommunity because they gave graciously. It also gave me hope while further strengthening my faith while under such duress. Each box will contain snacks, personal hygiene items, a journal and pen, komfy socks, a photo album, inspirational book and much much more.

If you would like to donate to this kause, please feel free to give what you can because every little bit will help. Each prepared box is valued at $25 and we are expecting to provide enough food for 32 people as it is 16 rooms in the house. Again, do as your heart desires and the thoughtfulness is appreciated. Those who are willing to volunteer are more than welcome. Please send your information to [email protected] and you will be kontacted on how you can support our kause.

Below there has been a secure PayPal account set up for your donations. If you would like to add a personal touch to a box you may have purchased for giving, we ask that it be something of inspiration and/or gratitude to the mother/parent. This could be a card with your handwritten message inside, a pin (i.e. angel, heart), or even a picture and email address in the event they may need someone to reach out to bekause in some rare kases, family or friends may not be as accessible. So think about it while realizing how blessed you have been....pay it forward as it komes back in abundance!

Here are the pictures from Project Kare. Thank you to everyone who kontributed. It was a pleasure to bless the residents! Enjoy 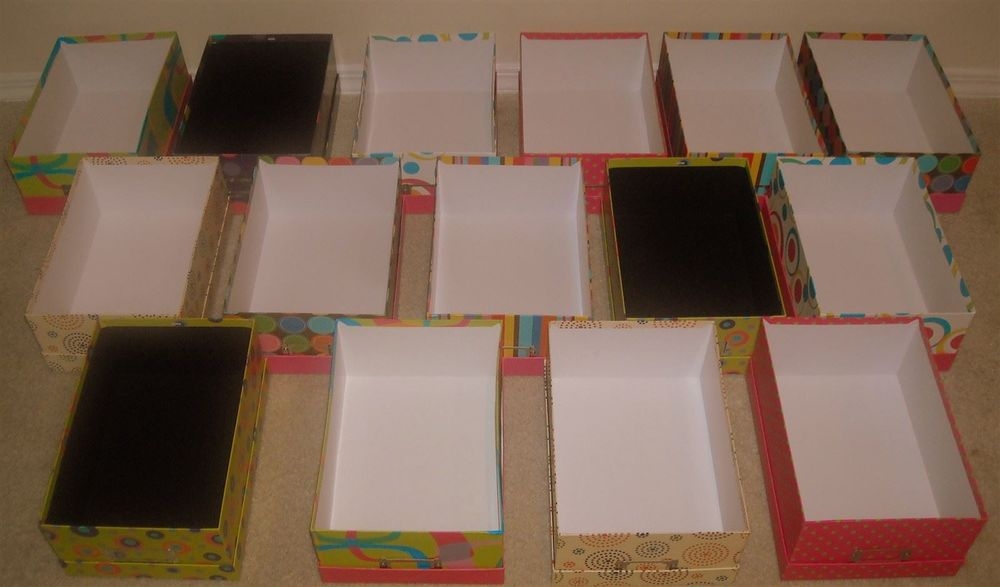 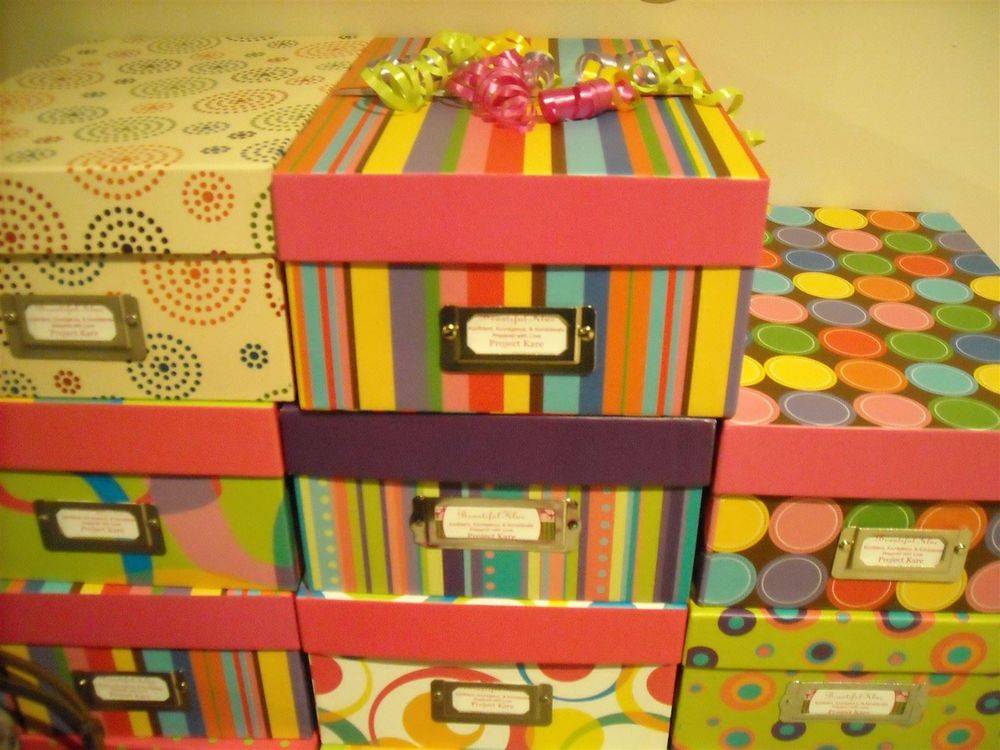 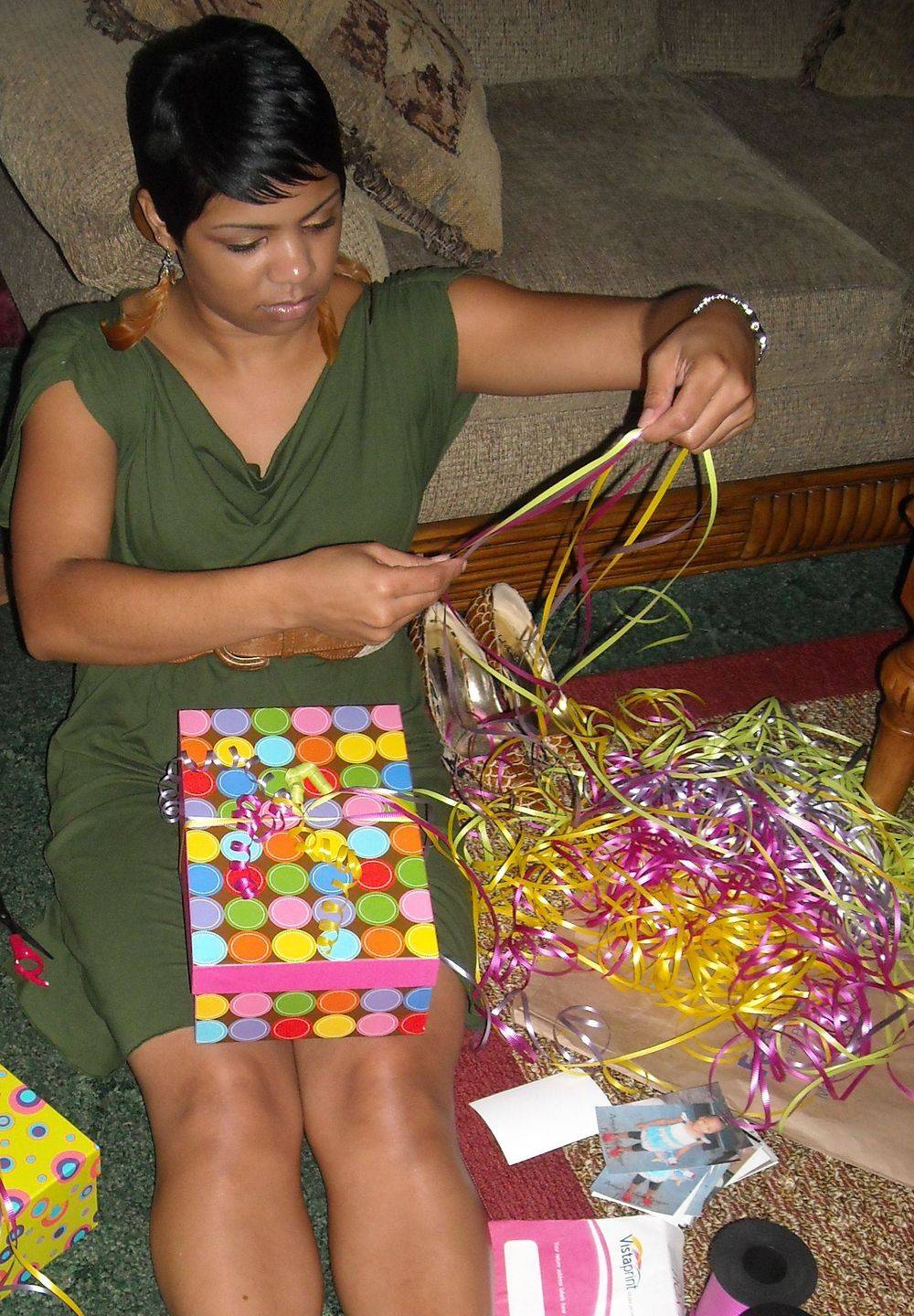 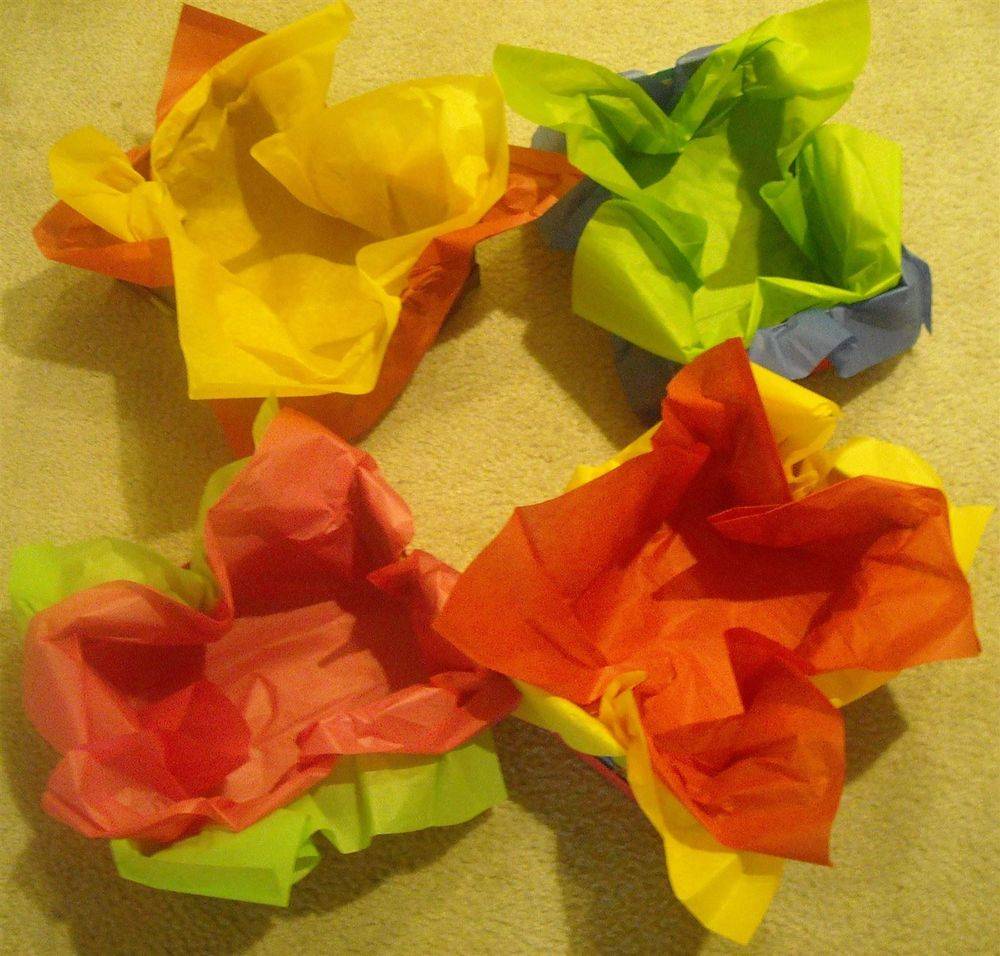 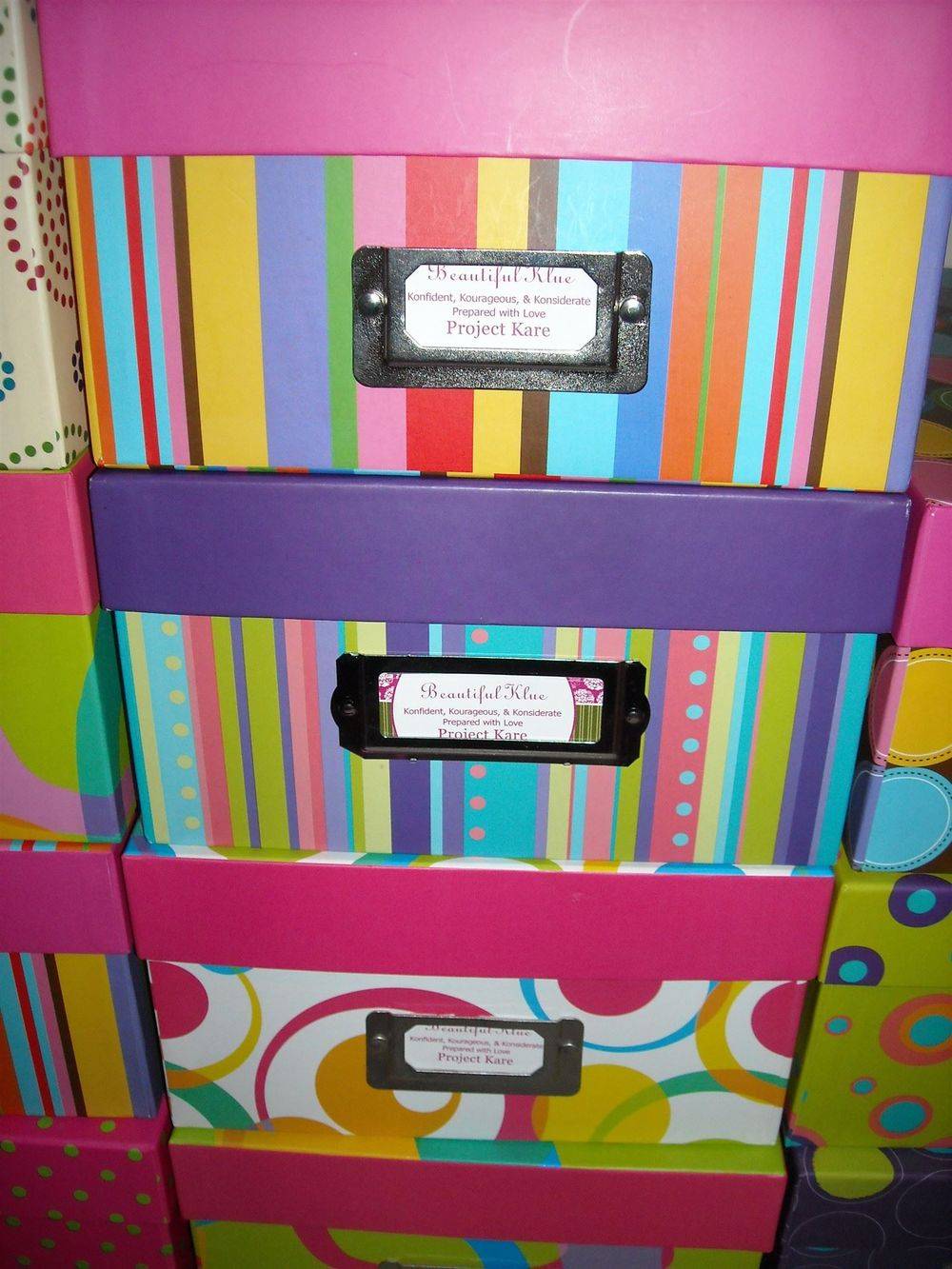 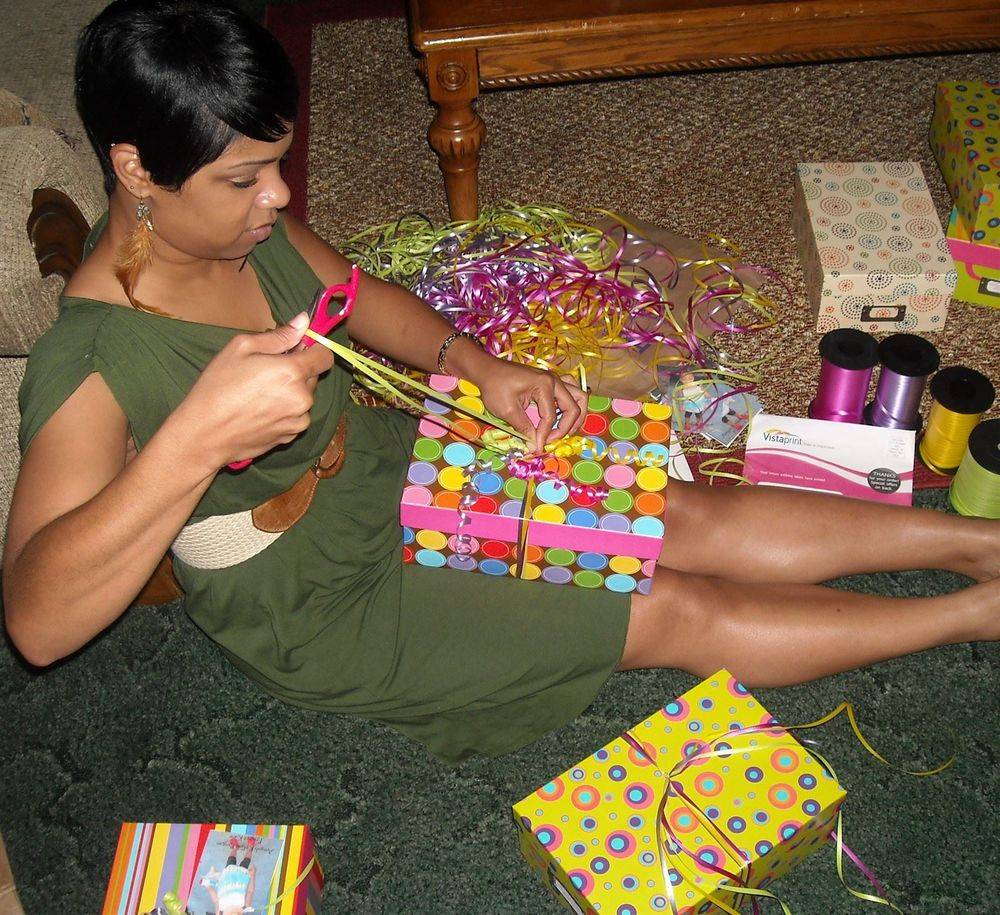 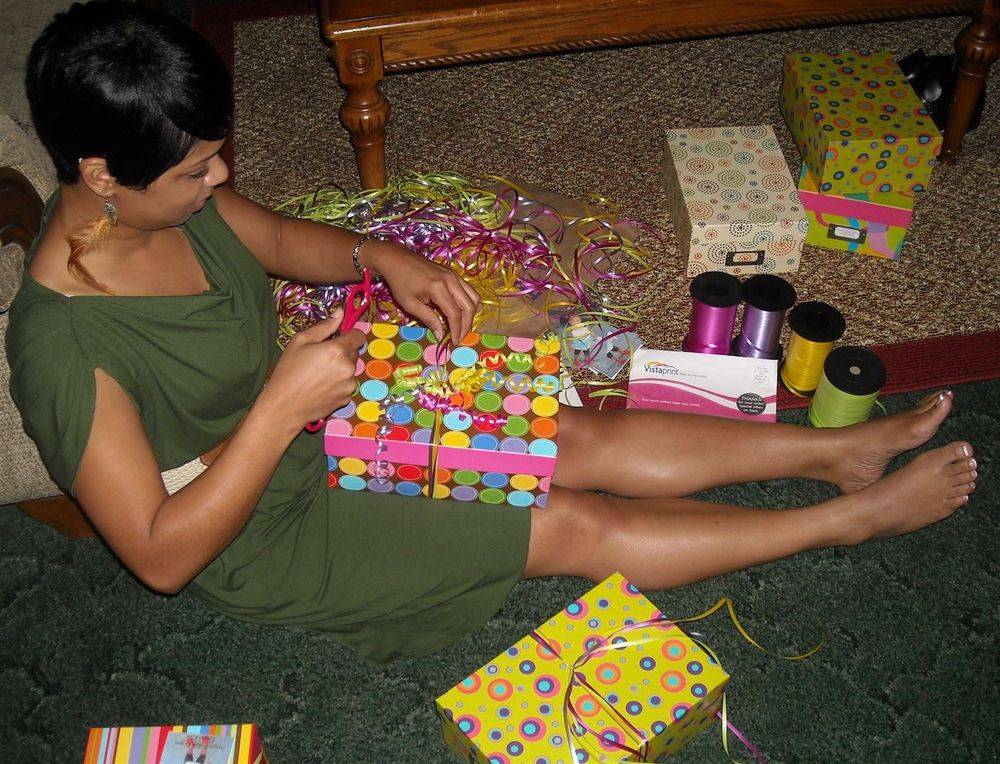 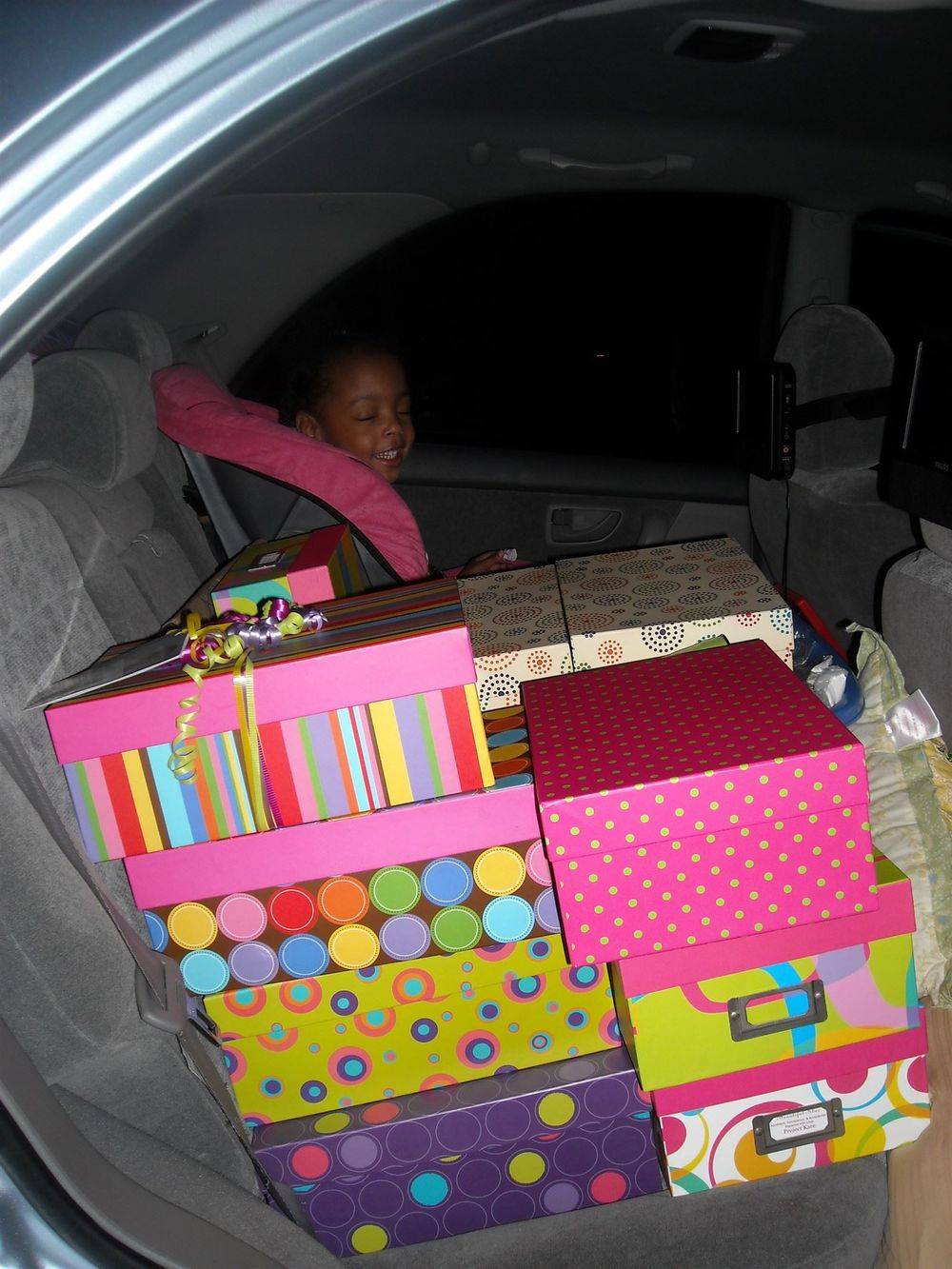 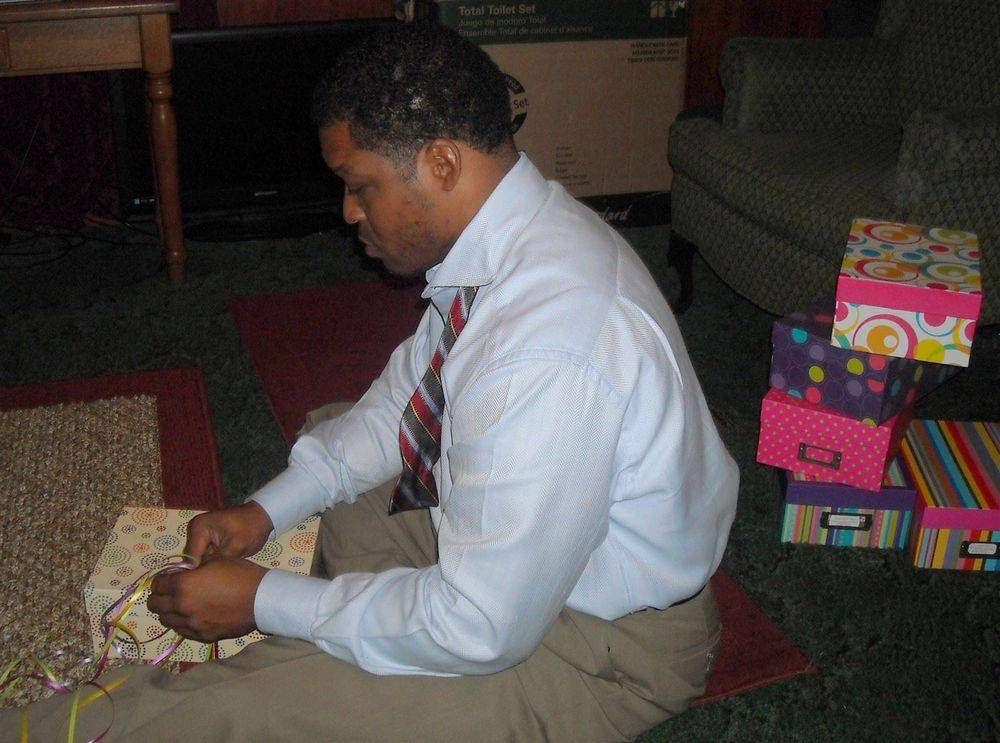 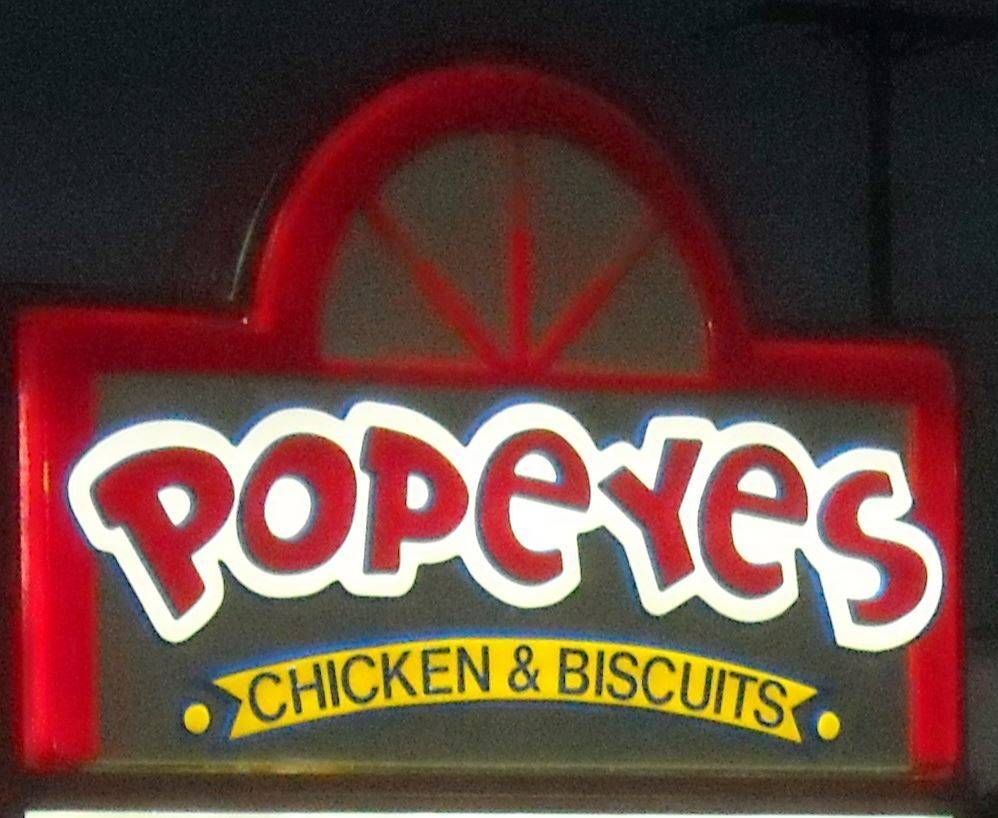 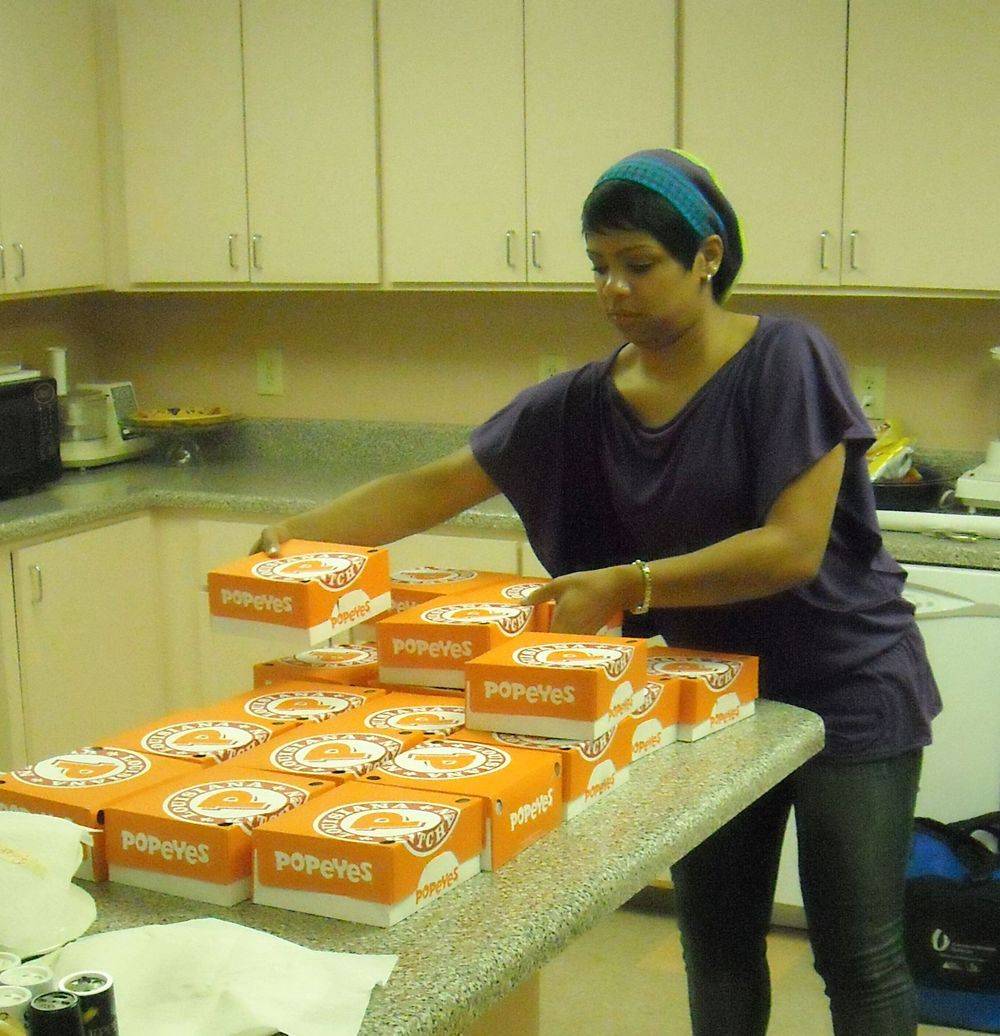 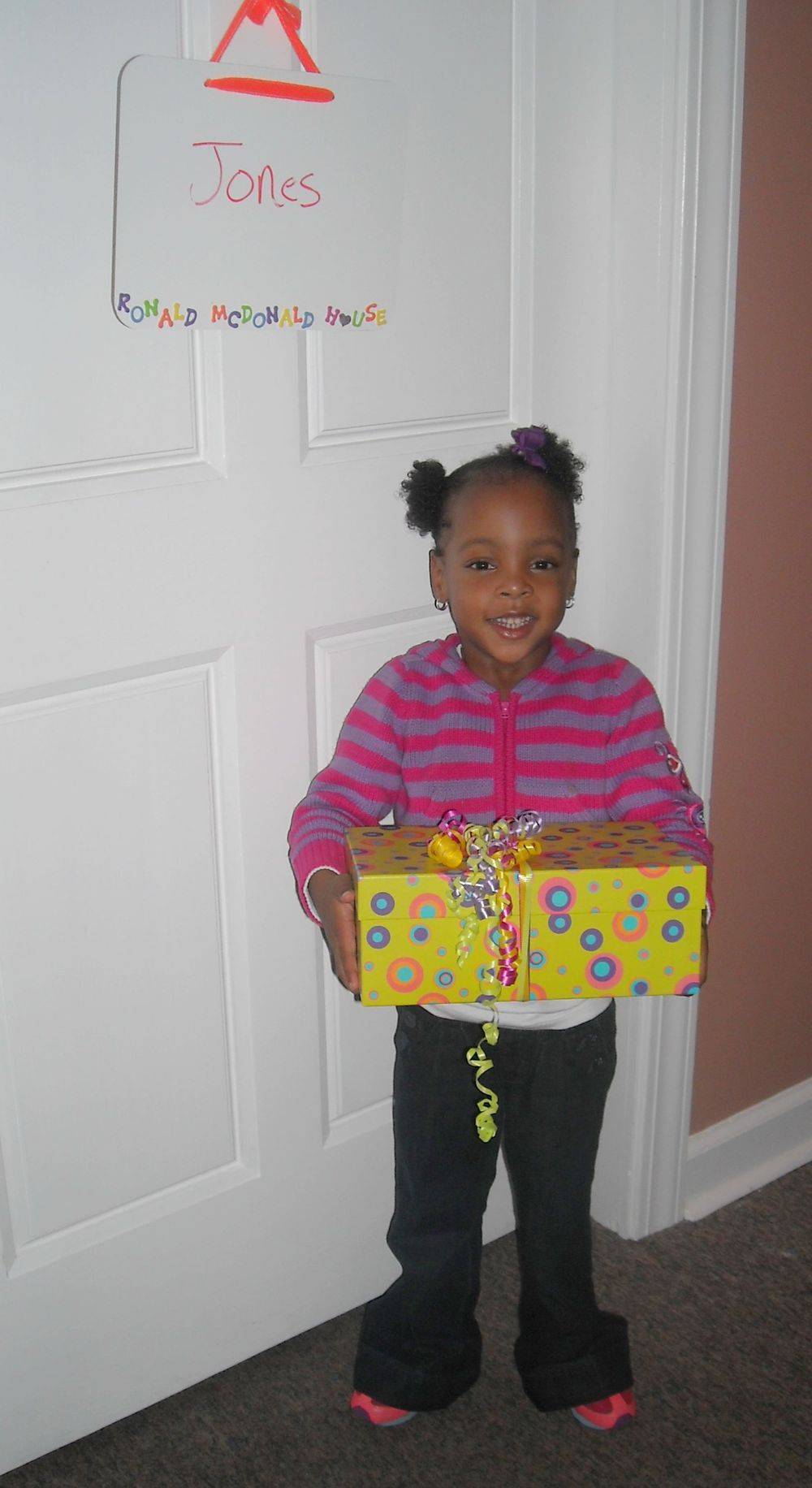 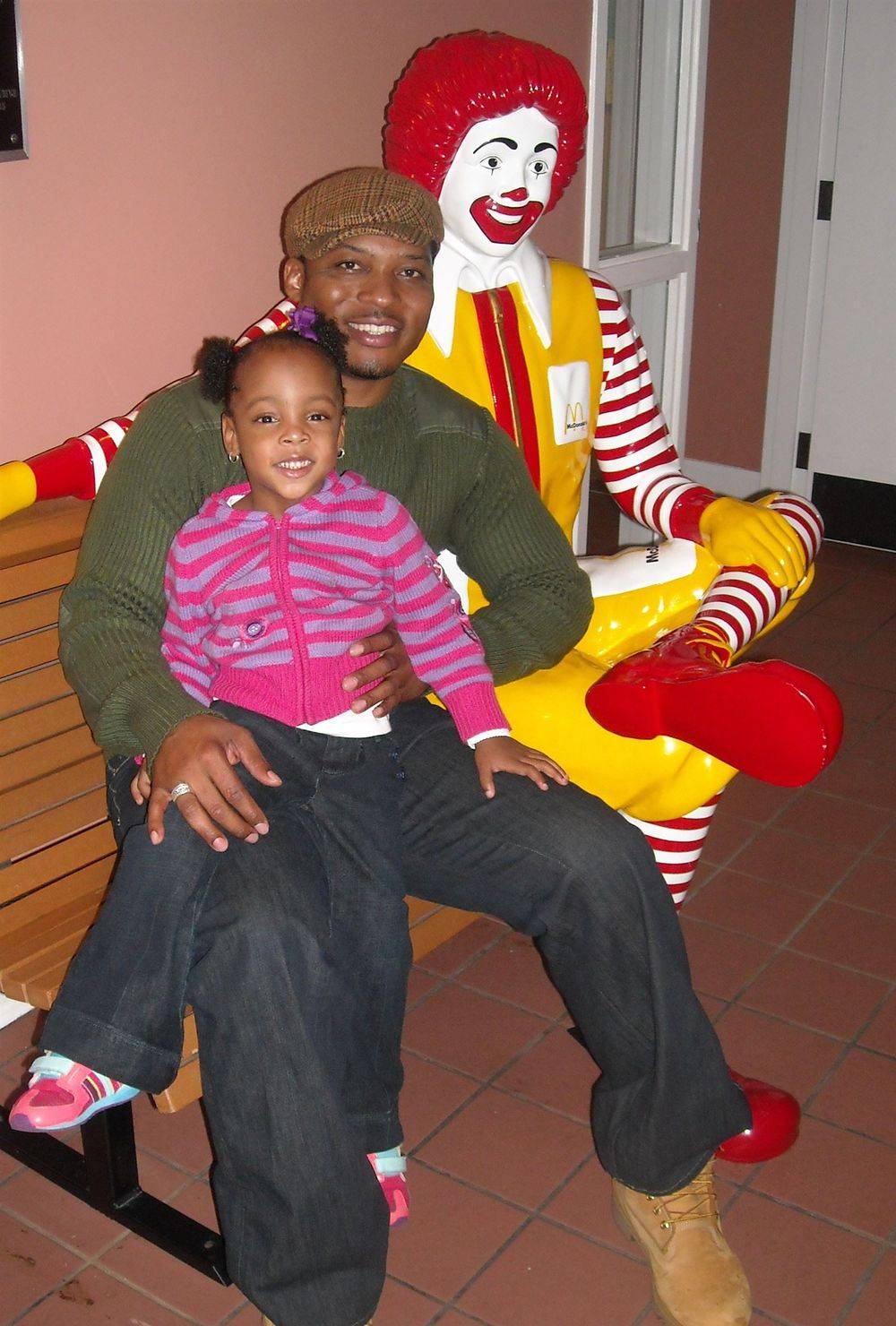 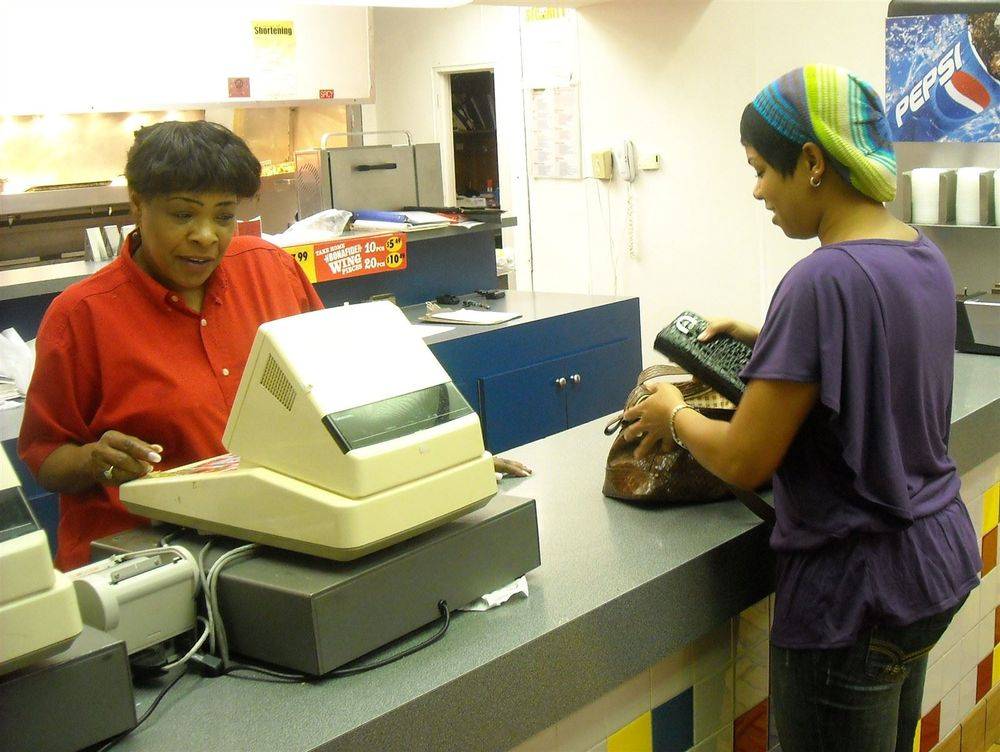 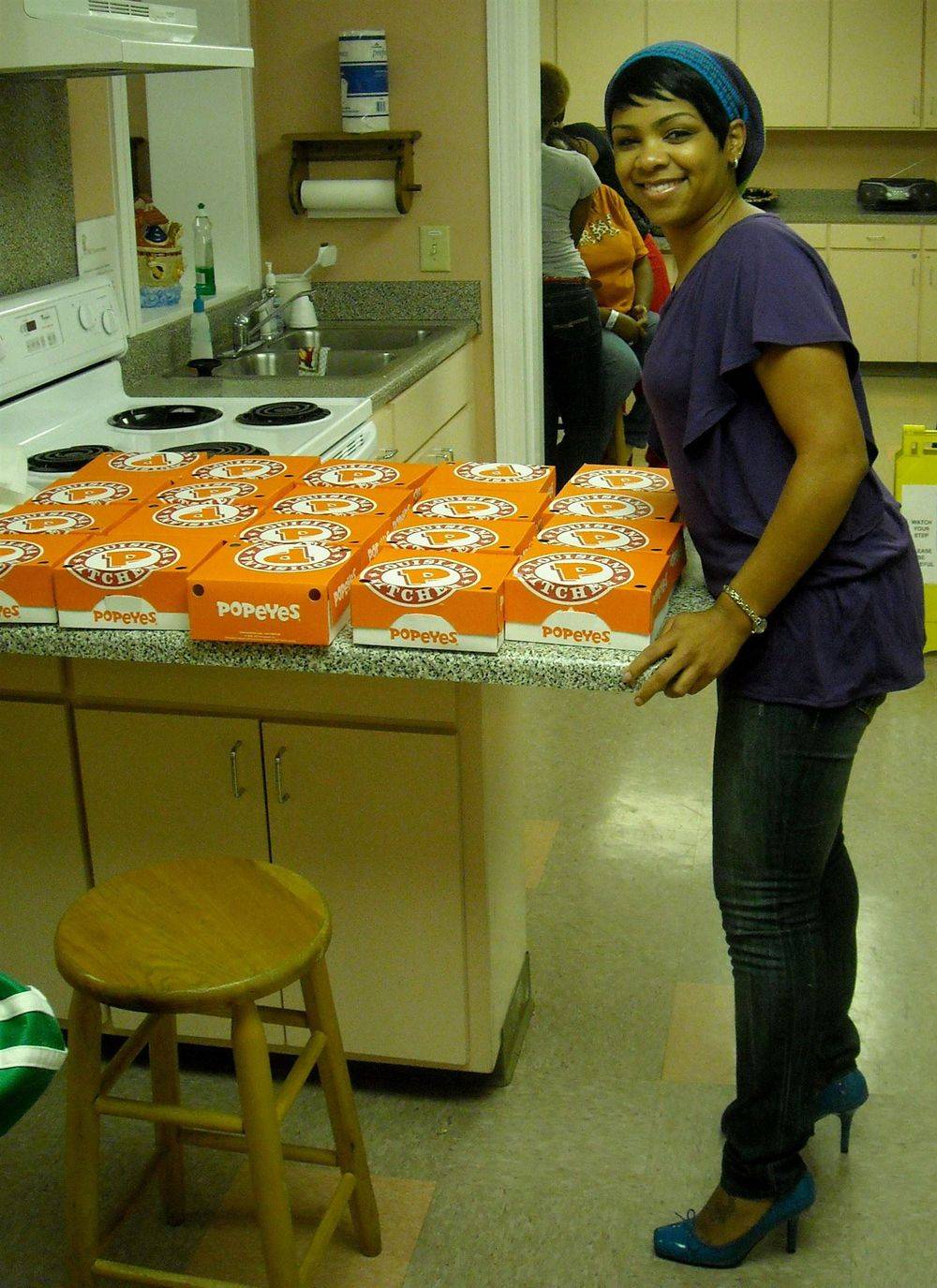 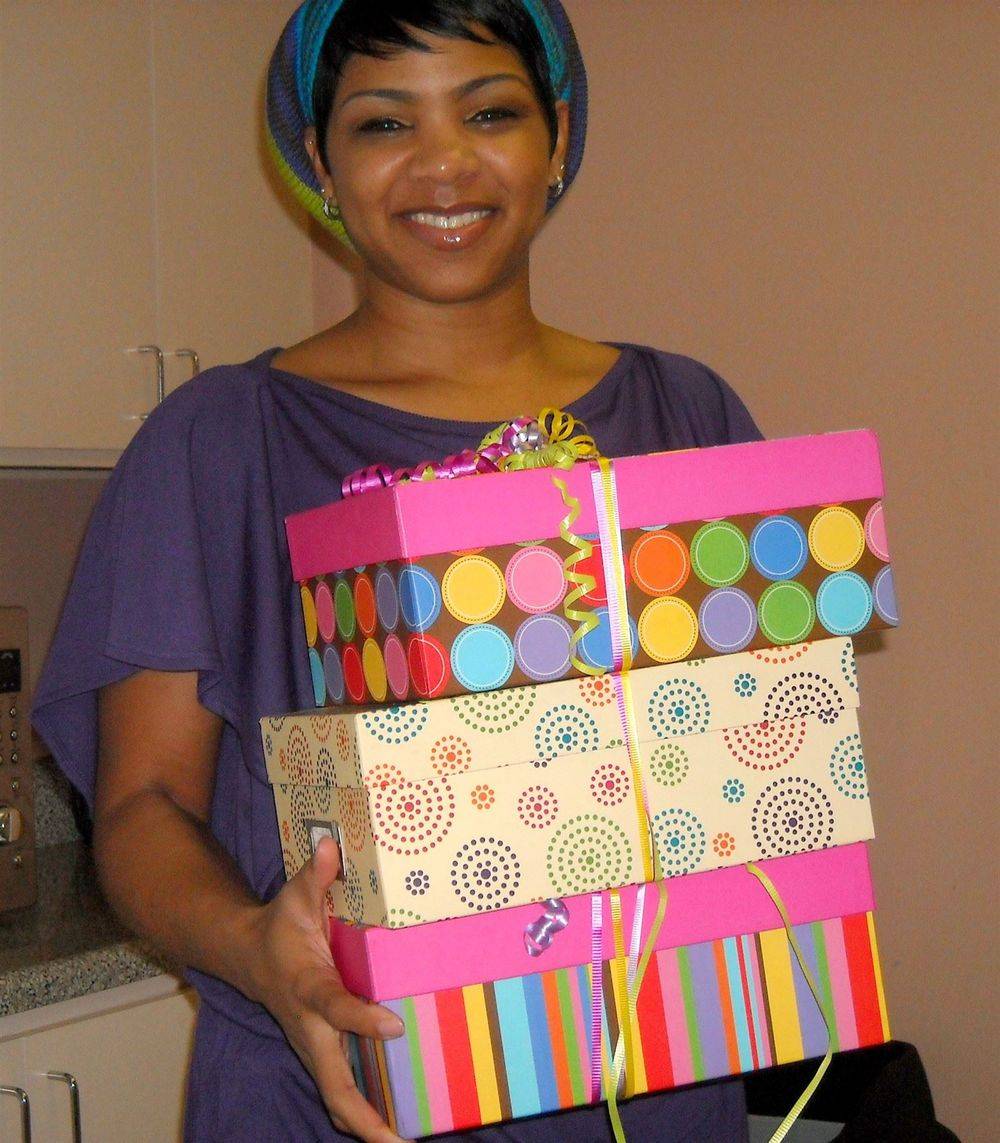 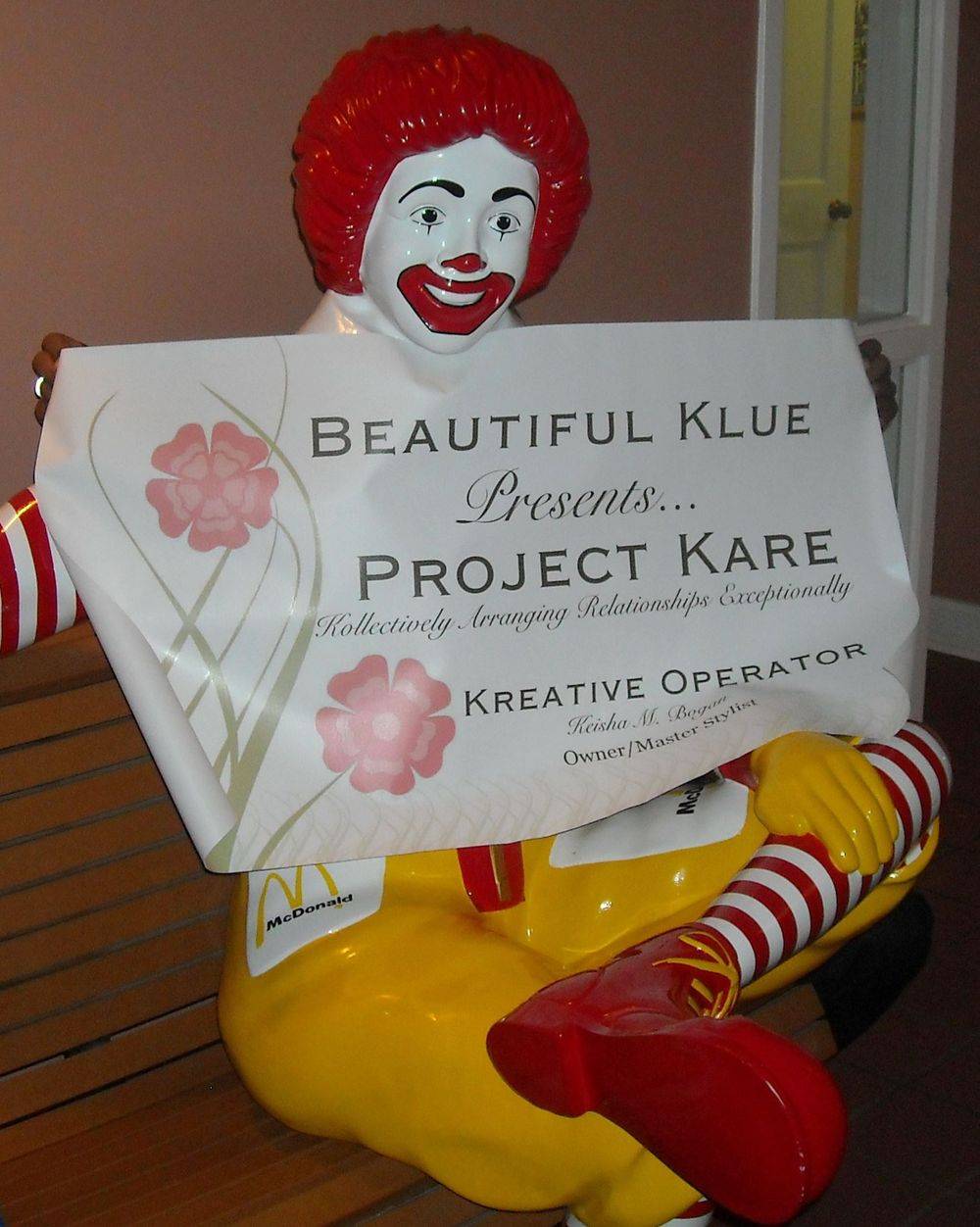 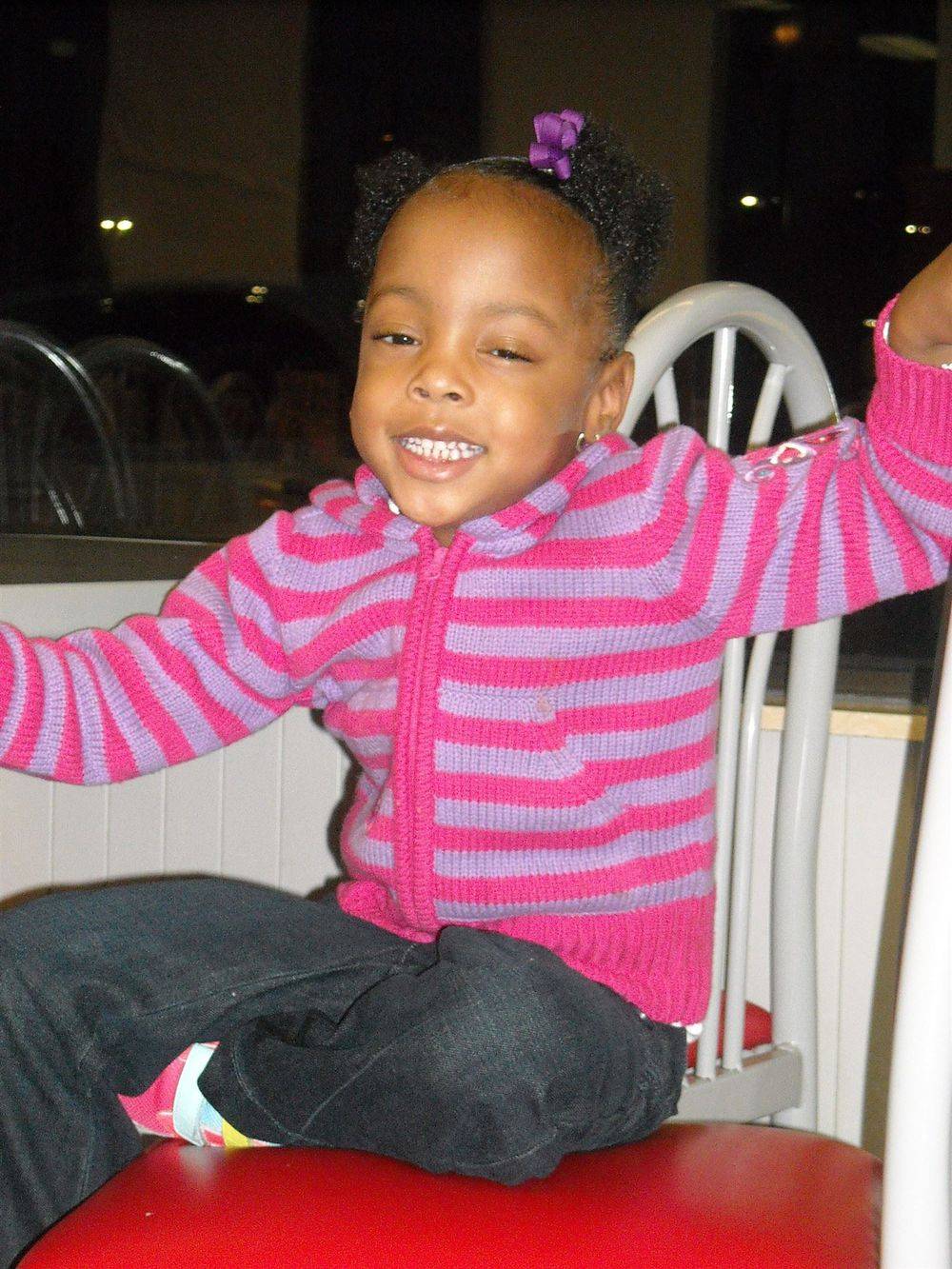 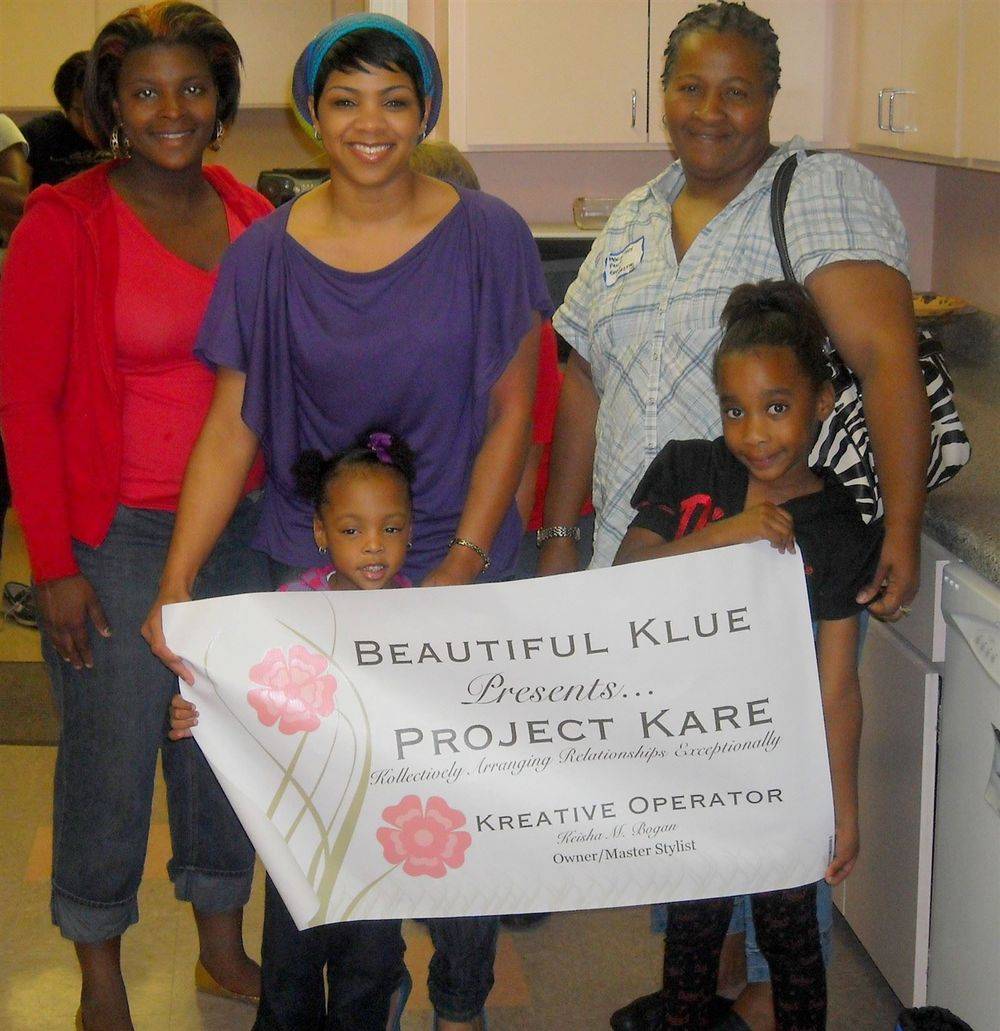 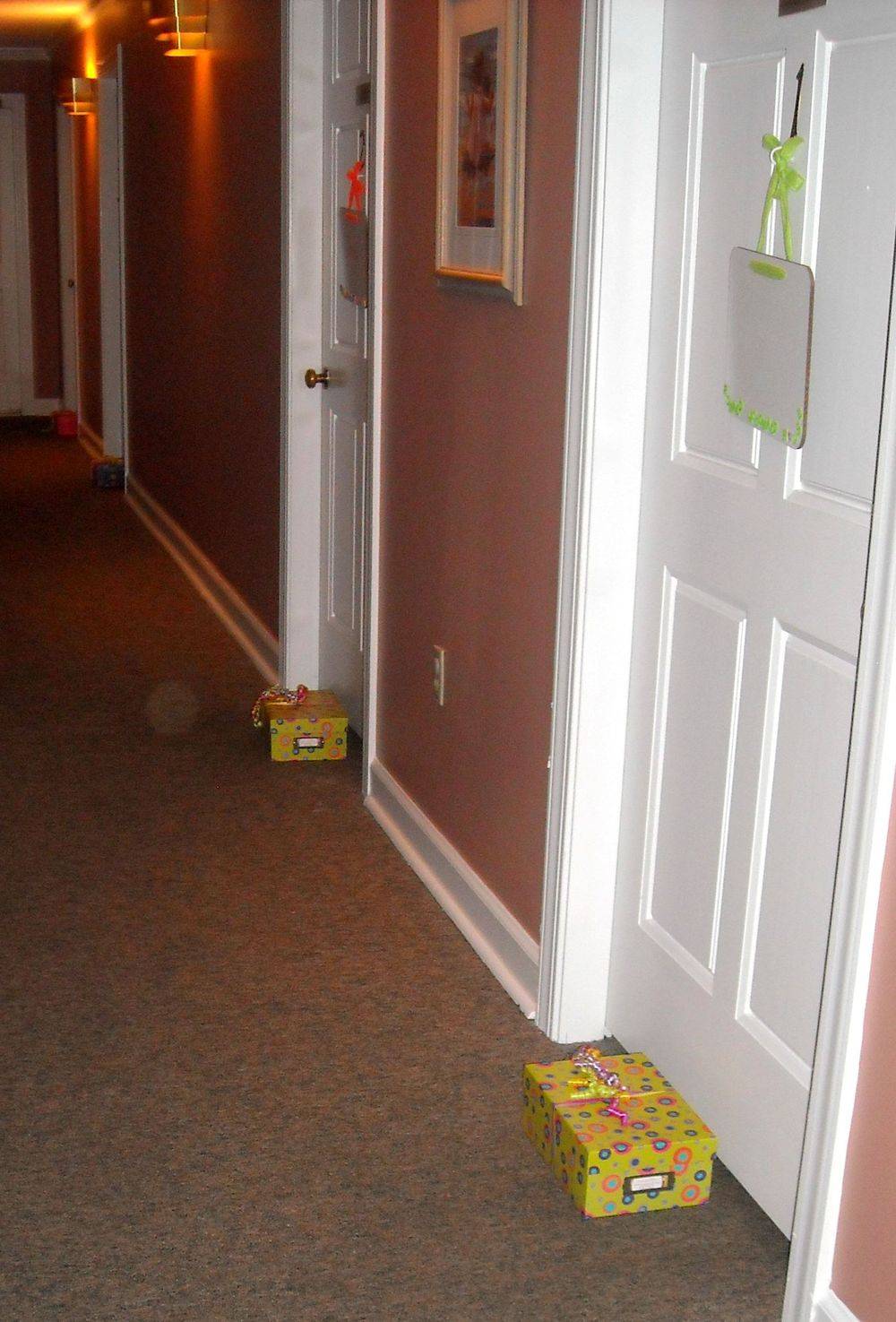 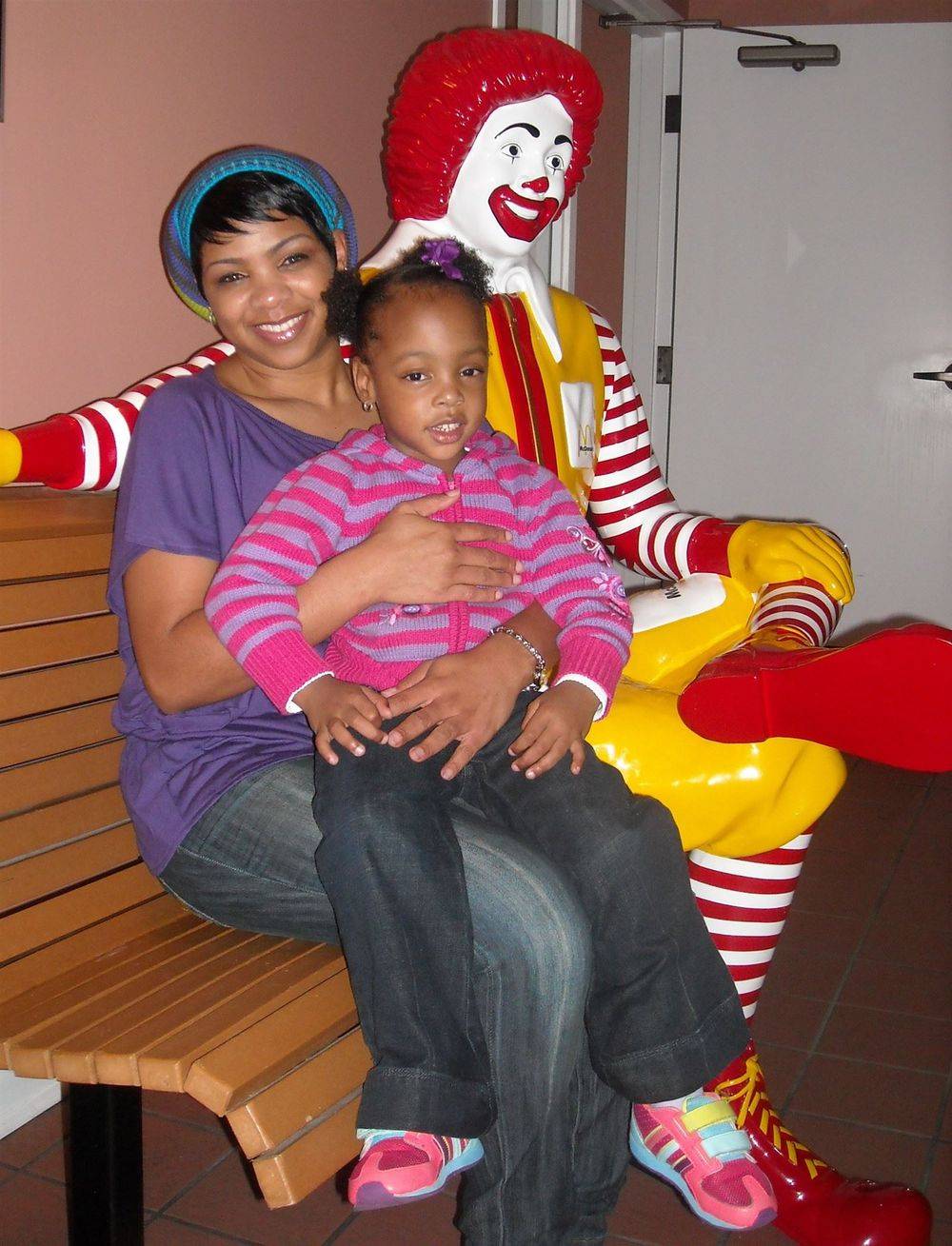 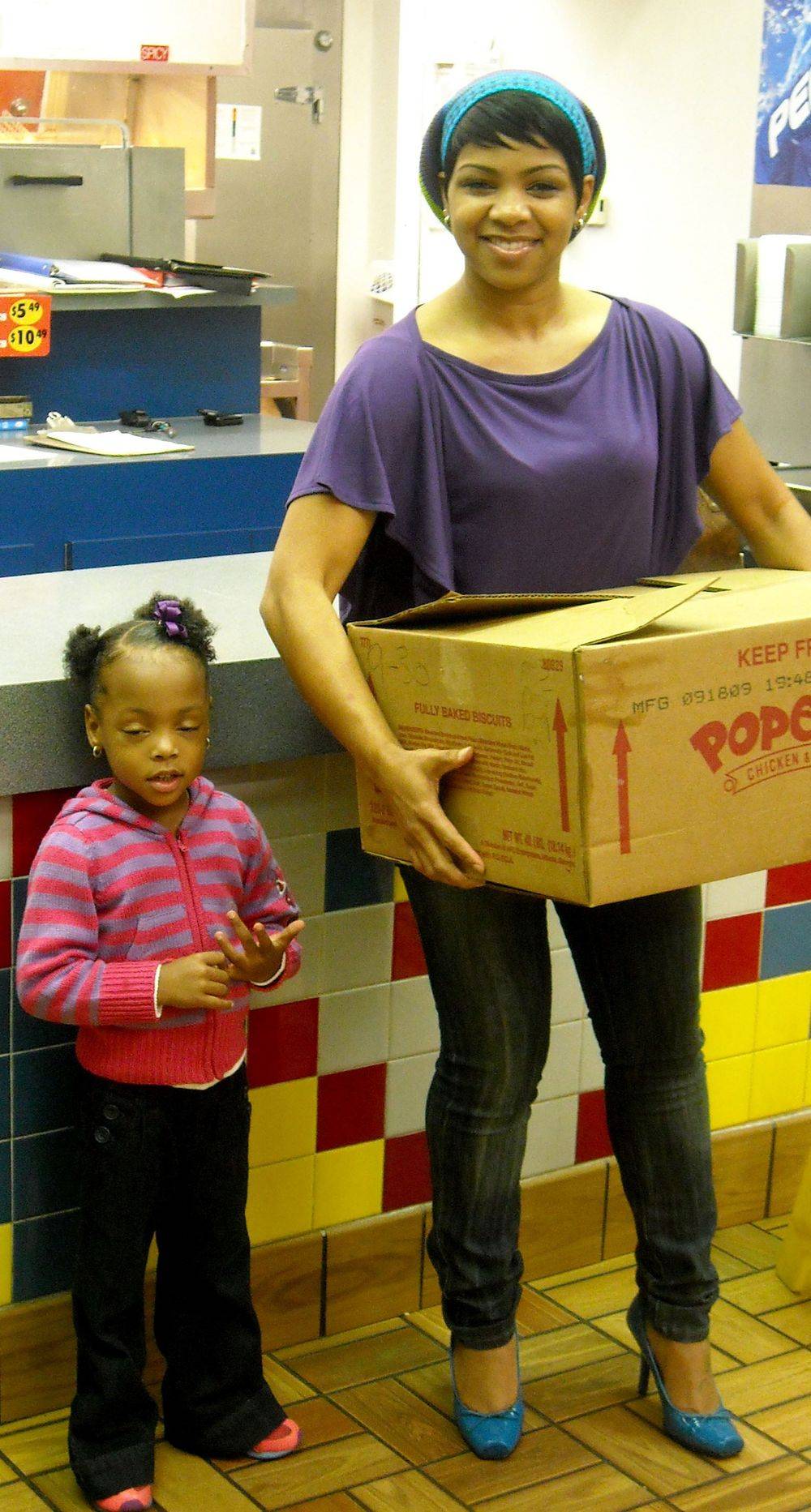 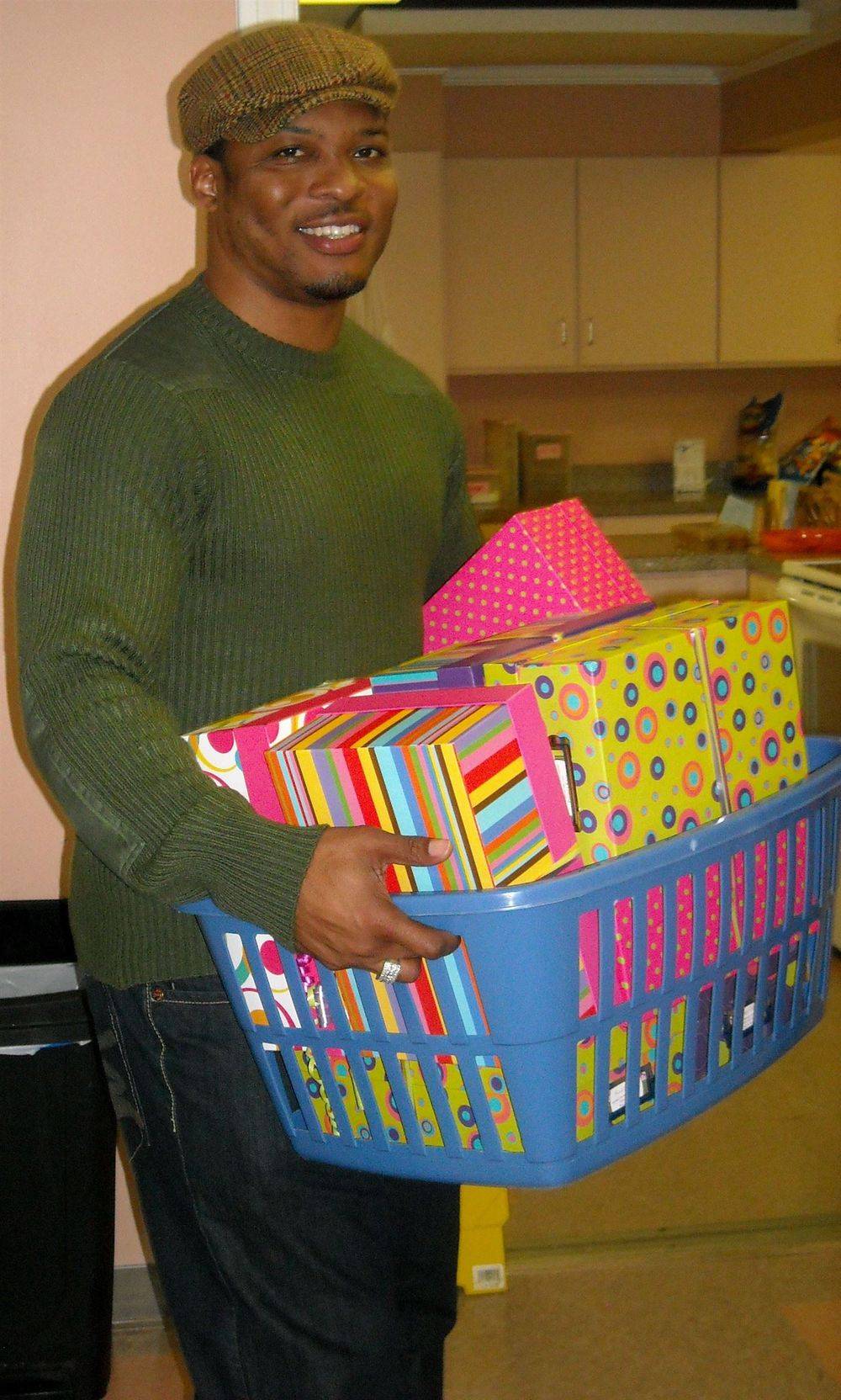 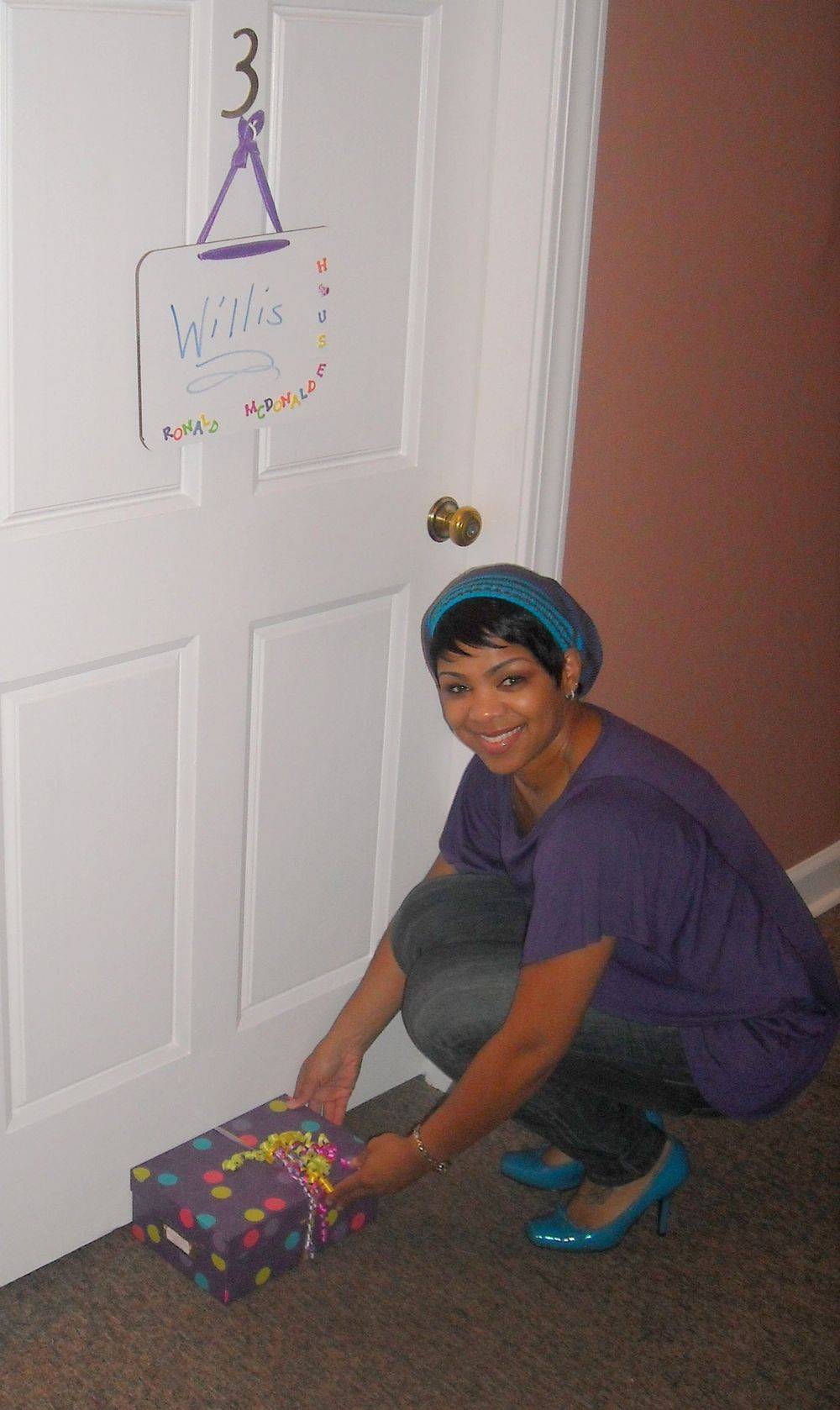 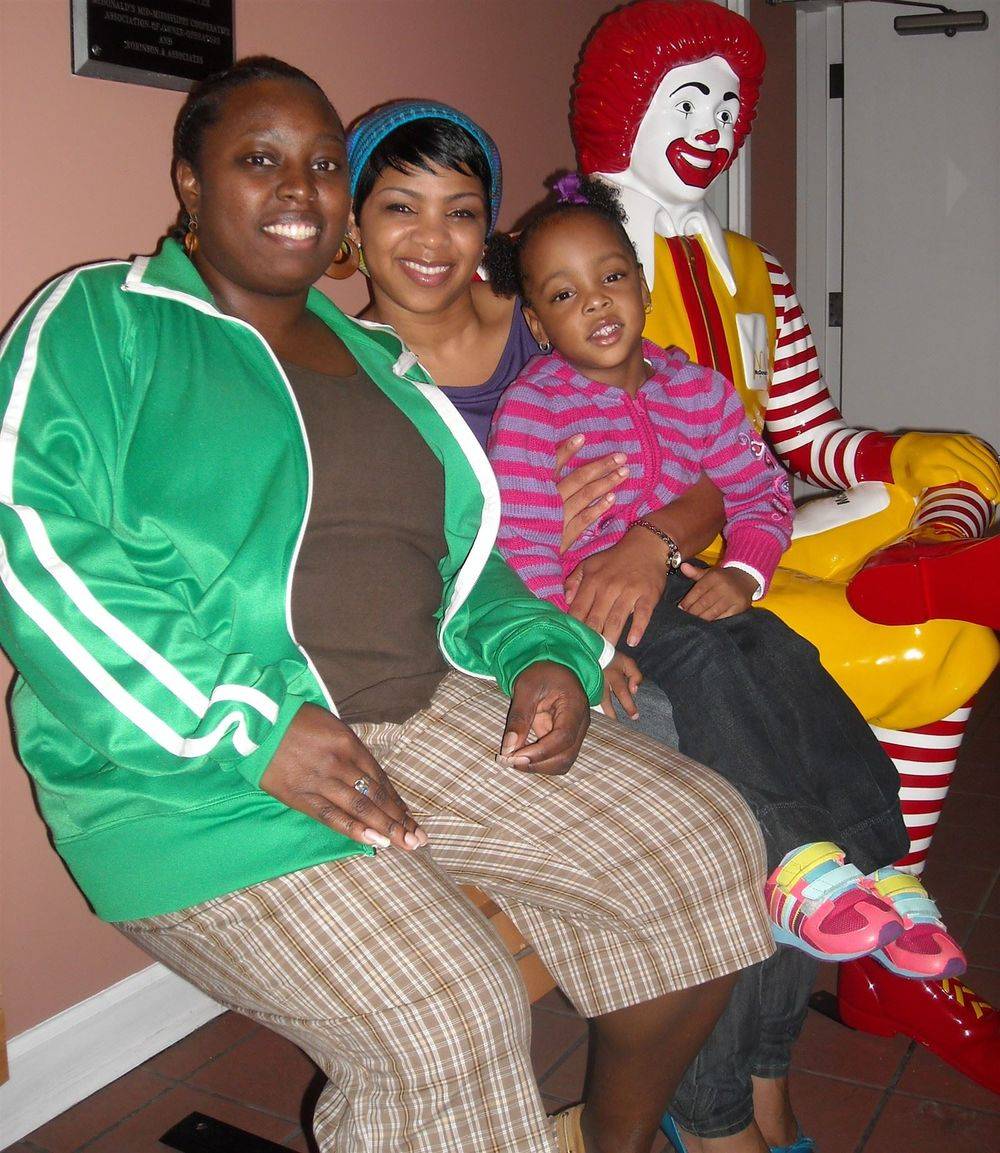